Barry Brooks has been a leader in the web site promotion field since its inception. Barry has been promoting sites since 1994 and created his first web site promotion tool (LinkPopularity.com) in 1998.   The Link popularity concept has since been adopted by virtually every search engine (including Google, Yahoo and MSN) as a key factor in assigning rankings. LinkPopularity.com is now one of the most heavily trafficked Internet promotion resources, linked to by more than 2000 sites and has been featured in PC Magazine, USA Today, Entrepreneur Magazine and countless textbooks and marketing handbooks.

Barry is also the creator of BetterWhois.com, the first universal domain search to work with the present deregulated domain name system. During the dot-com boom, BetterWhois.com was ranked by Alexa.com as one of the top tenth of one percent (.1%) of most heavily trafficked web sites in the world and has subsequently been used by hundreds of thousands of webmasters and Internet professionals.

In the past, Barry founded and operated a successful Washington DC based executive training and technology consulting business for eight years. He also created one of the first Virtual Server web hosting businesses, which was eventually acquired by a publicly traded web hosting company. His past and present clients span over fifteen countries and include Fortune 500 companies, small business owners, individual service professionals and a number of prominent political figures.

Barry is currently taking on new consulting clients on a limited basis. For more information about how you can arrange for a personal consultation, please visit our  Contact Us page. 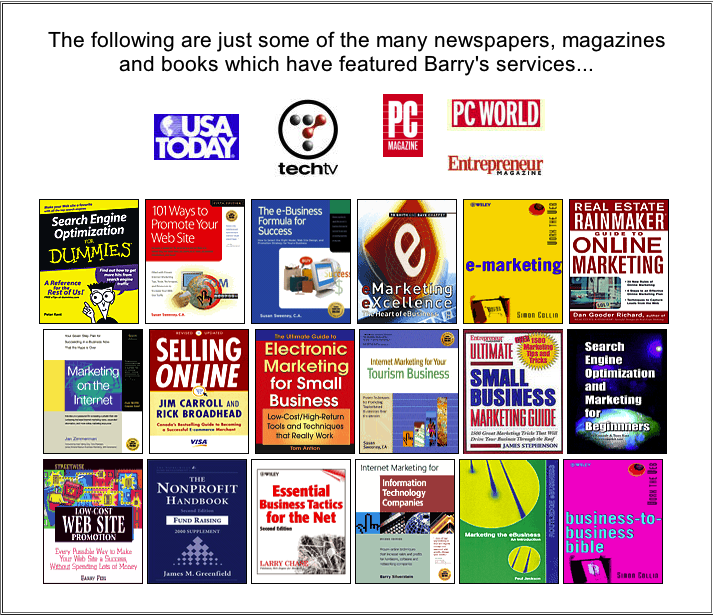